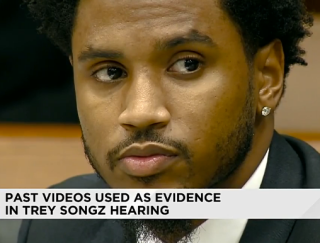 Earlier this year R&B singer Trey Songz was arrested for assaulting a police officer in Detroit after his mic was cut during his set at Big Show at the Joe.

This week a judge ruled Trey’s SnapChat stories and mugshot can be used against him in court.  Five days before the incident in Detroit Trey got kicked out of the MGM Casino, right here in D.C. and made a SnapChat story saying ‘F**k the police!” and put up his middle finger in his Detroit arrest booking photo.

Monday a judge ruled both the SnapChat story and the booking photo may be admitted to evidence to “show Trey’s disregard for police.” Trey’s attorneys had been in negotiations to lessen his charges but prosecutors decided not to offer a plea deal.

He is being charged with assaulting a police officer causing injury and aggravated assault, both felonies.  The trial date is set for Sept. 12.