Wendy Williams  unveiled her hot new ad today in Times Square for PETA’s new winter campaign.  She’s become a new spokesperson for the organization who is against the mistreatment of animals and people wearing animal fur.  Wendy, who once wore real mink and fox but had a change of heart after learning how animals are electrocuted, beaten, and even skinned alive for their fur, said today:

“We should all try to be comfortable in our own skin and let the animals keep theirs.”

In a recent interview T.I. claims Will Smith reached out to President Obama after T.I. was jailed, for the third time, for parole violations.

“Will actually went as far as getting in touch with [attorney general] Eric Holder and the Obama administration trying to see if we could get some kind of release. He was very politely told that was not possible.” 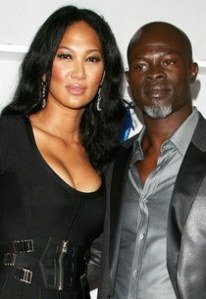 In a statement regarding his break-up with Kimora Lee Simmons, Djimon Hounsou confirms the long standing rumors that he and Kimora NEVER married.

“Djimon Hounsou and Kimora Lee Simmons have officially separated after 5½ years.”   “Though never married, they have one child together, Kenzo Lee Hounsou, who is 3½ years old.” 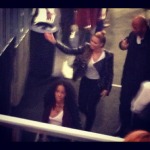 Beyoncé and Jay-Z were courtside for the Brooklyn Nets vs. L.A. Clippers game at Brooklyn’s Barclays Center. Kelly Rowland and Bey’s cousin Angie Beyince grabbed a seat alongside the superstar couple, while Mario performed the national anthem.

Lil Wayne  has plans to retire after he releases Tha Carter V.   “I know ya’ll want me around for a little bit and Carter V is my last album,” Wayne told Sway during MTV News’ special “MTV First: Lil Wayne.”

He’s not hanging up the mic anytime soon. Before Carter V, he will release I Am Not a Human Being II on February 19. The follow-up to 2010’s I Am Not a Human Being includes contributions from David Banner (“Shit Stains”), StreetRunner, Kane Beatz, Cool & Dre, and three dark records with Juicy J (“Itchy,” “Walk,” and “Trippy Kid”).

Hector “Macho” Camacho, a Puerto Rican boxer known for skill and flamboyance in the ring as well as for a messy personal life and run-ins with the police, was declared dead on Saturday, four days after being shot in the face. He was 50.

Shot while sitting in a parked car outside a bar Tuesday with a friend in the city of Bayamon, he was declared dead at the Centro Medico trauma center in San Juan. The friend, 49-year-old Adrian Mojica Moreno, died at the scene of the shooting. Police said Mojica had nine small bags of cocaine in his pocket and a 10th bag was found open in the car.

Rocker Lenny Kravitz snags the coveted role of Marvin Gaye in a film about the Motown legend’s tragic final years.  The London production staring Lenny Kravitz will focus on the time Marvin Gaye spent in Belgium in 1981 drying out from alcohol and drug addiction.

Marvin’s second and final wife, Janis Gaye, has said she is ‘very skeptical’ about the new project.

For months there have been rumors that Kimora Lee Simmons and Dijmon Hounsou were no longer a couple. Now, one day after fresh rumors surfaced that Dijmon was about to go public with the break-up, Kimora Lee confirms that the rumors are true…

“There have been quite a few hurtful rumors circulating. The truth is Djimon+I have been separated for some time. We have remained happy, loving, co-parenting friends+family. We all have much to be thankful for. #HappyThanksgiving”

Beyonce shared some personal photos on her Tumblr page on Thanksgiving Day. Bey holds Blue Ivy while kissing her on the head. She also posted a black-and-white snapshot of Jay-Z walking with his daughter in his arms.