Drake has hit another milestone with his album Views.  He has set a new streaming record and is the first artist to have their album hit a Billion streams on Apple Music.

“Thank you to everyone,” Drake wrote on Instagram, before providing a close-up of the commemoration piece.

Adele has proven to be a force to be reckoned with.  Her latest album “25” went platinum 10 times, garnering her second album to reach that milestone; which took only 8 months to achieve.  According to the RIAA, Adele’s smash 25 reached diamond status last Thursday (Sept. 22), certifying it for 10 million in sales in the U.S. alone. She received the 10X Platinum plaque on the final night of her six-show stint at Madison Square Garden.

Lil Wayne is sharing with fans and the world his behind bars experience in his upcoming memoir Gone Til’ November: A Journal of Rikers Island, which details his time in lock-up.

According to Billboard,  he speaks on a number of issues even citing that he officiated a gay marriage while behind bars.

“I got the Bible and I’m like, we gathered here today,” he writes in the book. “We even had a reception, which everybody brought something for the couple.”

Although it wasn’t an official wedding, Wayne says the event was treated like it was. It even included a festive soundtrack. “Everybody was running about that bitch with headphones listening to the same station,” he writes. “Straight up jamming!” “The shit was too funny,” he writes. “Imagine seeing grown-ass men in jail hanging tissue for wedding decorations…AND one of them is Lil Wayne…Crazy!”

Gone ‘Til November is based on Weezy’s eight months in New York’s Rikers Island, where he served time in 2010 due to a gun case. He also describes the time when Drake slept with one of his ex-girlfriends.  The book is set to arrive Oct. 11.

You would think the feud between rappers the Game and Meek Mill would have subsided by now; however Game continues to add fuel to the fire as he releases a visual to the Meek diss “Pest Control,” which was filmed in Baltimore.

Watch the clip below:

Beyoncé during her “Formation World Tour” stop in ATL, Queen Bey inserted a portion of Shawty Lo’s hit “Dey Know,” into her dance routine for one of her hits,  “Diva.”  After her routine, Bey kissed her hand and pointed at the sky.

The crowd went into a complete frenzy.  The house was also packed with celebrities including DJ Khaled, who served a DJ of the night, Monica was there with her mother and daughter, T.I., Gucci Mane, Jermaine Dupri, Ludacris, The-Dream, Big K.R.I.T., and Migos to name a few.

Backstage at Beyoncé's #FormationWorldTour in Atlanta

Solange will release her new album to digital retailers worldwide on Friday, Sept. 30 via Saint Records/Columbia.

A Seat at the Table is described as “a project on identity, empowerment, independence, grief, and healing,” marks Solange’s first full-length album since 2008’s Sol-Angel and the Hadley St. Dreams.

See the tracklisting below.

A SEAT AT THE TABLE TRACKLISTING

Mark your calendars. The benefit concert goes down Oct. 15 at Brooklyn’s Barclays Center. 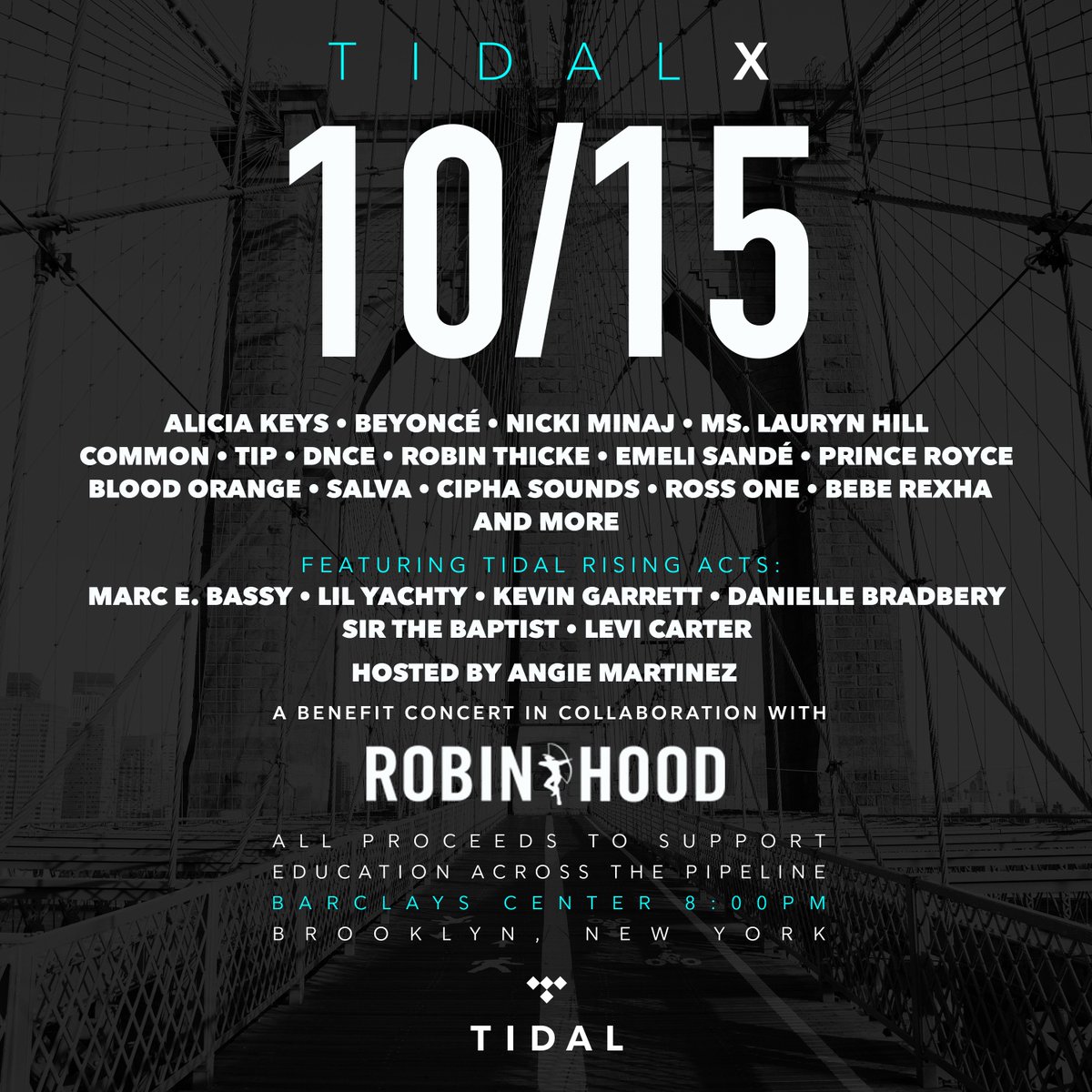 Proceeds are expected to help Robin Hood continue to fight poverty in New York and they are also meant to aid educational non-profit organizations.

The Game made  an appearance on the Wendy Williams show to discuss an array of topics.  He opened up about his Meek Mill beef and alleged sexcapades  with “three Kardashians.”

Even though I do not agree with how Game is handling his beef with Meek Mill, he still is entertaining; however a bit clownish!!!

Watch the interview and see highlights from the Q&A below.

ON MEEK MILL: “It’s just a little hip-hop beef…We haven’t had a fight yet. It’s not a fight. It’s just hip-hop…It comes down to a point where, you’ve gotta deal with it as it comes. I feel like I was violated.”

ON PEACE VS. BEEF: “Nobody’s perfect. We all have days where we’re at fault and we make mistakes. Some days are good. Some days are bad. You’ve got to take them all together.”

ON 50 CENT: “We were in a strip club in L.A. and I just stepped to him. We talked for about 15 minutes and we kind of hashed it out. We left on good terms…It’s over now.”

ON 1992: “1992 was the first year that I joined a gang. At that point in my life, I was getting pulled in both directions. I grew up in a Crip neighborhood but my brothers were Bloods. It was sort of a tug-of-war. That’s how it is in Compton. Once you get close to your teenage years, gangs start pulling at you. It’s almost 99 percent that you’ll probably join a gang.”

ON SEX WITH THREE KARDASHIANS: “It was three [Kardashians]. It gets a little tricky. [Black] Chyna ain’t married yet…But it’s all good if it’s facts. And she cool too.”

ON SEX WITH KIM KARDASHIAN: “I’ll tell you this. Kanye is a really good friend of mine and they’ve got really beautiful kids and I don’t want to disrespect their family.”

ON SEX WITH KHLOE KARDASHIAN: “Sometimes it gets late at night and people…I don’t know.”

ON SEX WITH KOURTNEY KARDASHIAN: “No.”

Chris Brown and Bryson Tiller, join forces on “Keep You in Mind.”

This isn’t the first time Chris has teamed up with his fellow R&B male competitors.  He has collaborated with Trey Songz, August Alsina, and Usher in the past.