Ciara and her husband Russell Wilson welcomed Sienna Princess Wilson on Friday, according to an Instagram post from Ciara. The couple’s bouncing baby girl weighed in at 7 lbs., 13 oz. Congratulations!!!

Now, in another stunning twist, Stephen is pressing for visiting rights with his step-daughter Angel Murphy.

According to reports Stephen Belafonte is seeking visitation with Eddie Murphy’s 10 year-old daughter Angel, because he has been in her life since birth, having married Scary Spice just two months after Angel was born.

Mel B has already filed for sole custody of the five year old daughter she shares with Stephen.

Under California law step-parents are granted reasonable visitation if it is in the best interest of the child.

At a recent show, Lil Wayne threw up the Roc diamond and hinted he was now signed to Roc Nation.

Yesterday clips from rapper T.I.’s candid interview with Angie Martinez circulated online where T.I. admitted he’s a much better friend to wife Tiny than a husband.

In another clip circulating T.I. labels his marriage a distraction.

Nas revealed to Billboard that he’s  working on a new album and is adding the album’s finishing touches at the new WeWork-built Mass Appeal headquarters in New York City, where he recently built a new studio space.

Last week, Nas released a new song called, “Angel Dust,” a track from the second season of Netflix’s The Get Down.

As previously reported Nas is also working on the pilot for his BET series, “Street Dreams.” 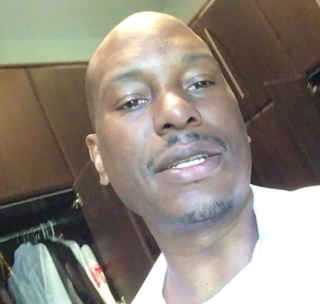 BET was forced to pull a Facebook Live video of Tyrese after he ranted about promiscuous women.

In the clip Tyrese says,

“I’m gonna tell you all right now, and this might be harsh — sluts, skeezers, hoes, tramps and overly aggressive promiscuous women, they are never without a man because they don’t have no standards. They ready to have sex with any and everything that want to have sex with them. But when you are single, and you actually love yourself, you know your value and your self worth, you hold out until God sends you what’s yours.”

“So sometimes they be talking mess to women that are single but I have a respect for them because if you’re single and you might say, ‘I’ve been single for a couple years,’ whatever the case may be, you actually holding out because you have your value. You have women that are active out in these streets, they going to lunches and dinners every night. Private planes, mega yachts, it’s cracking. They’re never without. However, it comes with a cost, you gonna put a lot of miles on yourself down there, come on.”

In a recent interview with Rolling Stone Magazine, Chris Brown referred to Migos as his ‘real friends and brothers’ but according to reports, Chris feels stabbed in the back now that Quvao is hooking up with Karrueche.

The source claims Chris believes Quavo is the real reason Karrueche filed a restraining order against him two months ago.

Ludacris has teamed with MTV  to recreate their very own version of the popular series “Fear Factor.”

The show will be a 12-episode reboot, hosted and executive produced by Luda.

In a statement to the Hollywood Reporter, he said, “I am excited to kick off my partnership with MTV, starting with the relaunch of ‘Fear Factor,’ which will be even more insane and ludicrous than what you remember.”  “This will be the first of many great projects together.”

“MTV is about celebrating youth culture, and with the reinvented ‘Fear Factor,’ we are putting the power in our audience’s hands to face and overcome their biggest fears,” said MTV president Chris McCarthy. “We are thrilled to partner with Ludacris, one of the biggest global stars who has a rich history with MTV, to energize this franchise for a whole new generation.”

Ludacris also returns to the big screen as part of The Fate of the Furious.

Will Smith cuts Jaden Smith’s hair in preparation for a new film role.

Will Smith posted pictures of Jaden’s big chop on Facebook.

Jaden is starring in Life in A Year opposite model Cara Delevingne with Terrence Howard and Nia Long cast as his parents.

Comedian Charlie Murphy dies at 57 after battling with Leukemia.

According to reports, Charlie Murphy died this morning in New York where he has been undergoing chemotherapy.