Angela Simmons announces her engagement while keeping mum on details of the groom.

Angela posted a picture on Instagram wearing a diamond ring on a certain finger and later this morning confirmed she was engaged.

Prince’s Paisley Park studios to be turned into a museum open to fans.

“We will turn Paisley Park into a museum in Prince’s memory. It would be for the fans. He was all about the fans — this would remember his music, which is his legacy.”

In a preview from his upcoming interview with Dr. Phil.  Nick Gordon admits he and Bobbi Kristina Brown used drugs to cope with Whitney Houston’s death.

Beyonce always elevate her game with each project.  As fans knew she was cooking up something they had no idea what it was, now she unveils her 2nd Visual Album, LEMONADE, which features some pretty outstanding imagery.  The film features other black beauties such as Zendaya and Serena Williams twerking in the background to her song “SORRY.”

See some of the images below:

Beyoncé drops her sixth album,  LEMONADE via TIDAL,  after premiering her one-hour film on HBO.

Bey is set to blaze the stage when the “Formation World Tour,” kicks off on April 27 in Miami.

You can stream the album on TIDAL now!!!

Fantasia  is set for a June 10 release.

Check out the song below:

TMZ is now reporting that Prince may have been treated for a drug overdose six days before his death.

Just hours after he performed in Atlanta on Friday (Apr. 15), Prince’s private jet made an emergency landing in Moline, Ill., only 48 minutes from his home. His reps claim he was battling the flu, but sources tell TMZ that he was hospitalized and doctors gave him a “save shot,” which is usually administered to counteract the effects of an opiate.

Doctors reportedly advised Prince to remain in the hospital for 24 hours. His people requested a private room, but decided to leave when their demands were not met. He was released three hours later and flew home. When he left, he was reportedly “not doing well.”

Authorities in Minnesota are trying to obtain hospital records to determine cause of death.

Dre Black is back with his brand new song “Slow Down,” from his upcoming EP “Dreams Never Die.”   The track was produced by Statiq and written by Dre Black.  This is his first solo track since his last group single “So Fresh” with band Ev’ryday Black back in 2013. The song has been streamed over 10,000 times on his Soundcloud page.

The Dreams Never Die EP has been a special project that he has been crafting, which is why it has been a labor of love for Dre.  The EP infuses classic R&B, elements of Hip-Hop, Soul and Alternative styles of music.  This is the project that Dre always wanted to make musically and lyrically and his true fans will be in for a treat!!

Take a listen to the first sounds from  Dreams:

Abolitionist Harriet Tubman to replace Andrew Jackson on the $20 bill.

The Founding Father will remain on the front of the $10 bill, the Treasury Department announced Wednesday.

But on the back , suffragists who fought to give women the right to vote will be added, including Lucretia Mott, Sojourner Truth, Susan B. Anthony, Elizabeth Cady Stanton, and Alice Paul.

Shannon speaks out for the first time since the rumors broke. 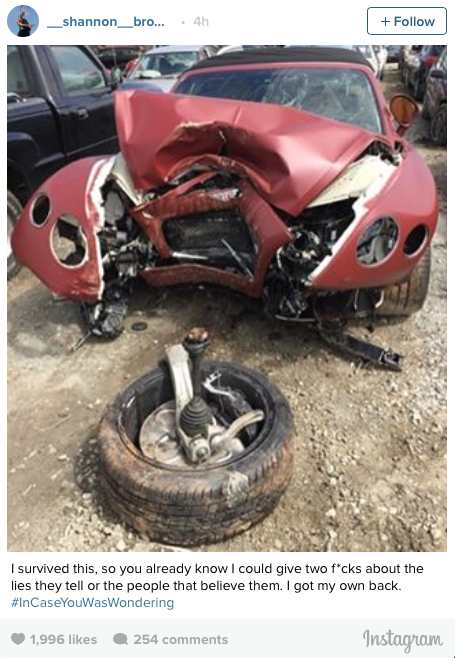 Apparently, he is unbothered by unwanted media attention.