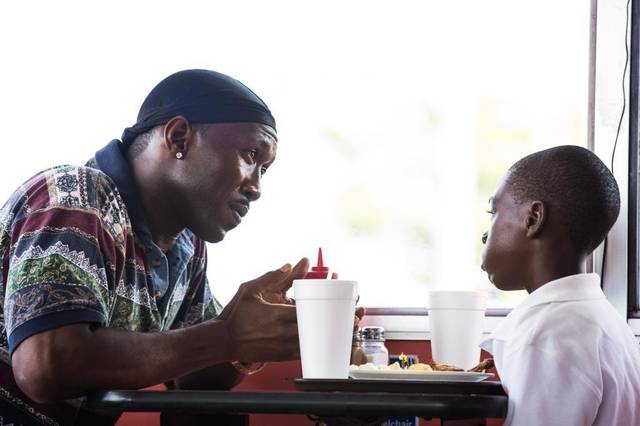 This was after Warren Beatty and Faye Dunaway read out La La Land as the victor – and the cast and crew took to the stage and completed many of their acceptance speeches.

Directed by Barry Jenkins and adapted from an unpublished playscript by Tarell Alvin McCraney, the film is a about the coming of age of a black teenager from a rough neighborhood in Miami who experiences an intimate encounter with another man.