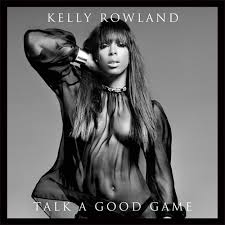 Kelly Rowland has released the biographical single, “Dirty Laundy” from her upcoming Talk A Good Game album.  On the track, she reveals her abusive past and that she was envious of Beyonce.

On the track, penned by The-Dream, Kelly talks about being invovled in an abusive relationship.  One of the verses goes:

One thought on “Kelly Rowland Reveals Her Envy for Beyonce’s Success in New Single “Dirty Laundry” : Take a Listen”