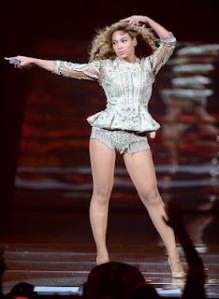 Beyonce is being sued by a video game company for breach of contract and the company wants to know when Beyonce and her father Mathew Knowles stopped working together, but Beyonce is fighting tooth and nail against letting the information get out.

From The Hollywood Reporter:

The videogame company suing Beyonce Knowles-Carter for allegedly walking away from a multi-million dollar deal to produce a game is demanding sensitive documents the singer wants kept private.

Plaintiff Gate Five is attempting to pursue documents describing Beyonce conversations with third parties, including Music World Artist Management, run by Beyonce’s father Mathew Knowles, who used to be her manager, and a man named Desiree Perez, who is said to be an employee at the New York’s 40/40 club, owned by the singer’s husband Jay-Z…

…For instance, on the subject of Music World, Beyonce’s camp insisted in one e-mail last May that the agency no longer represents the singer. Gate Five’s attorneys responded that it wants to see the documents to see “whether that was Music World’s understanding.”

Beyonce attorneys write that any requests for documents tied to Music World are “vague, overbroad, and entirely irrelevant to any issues in this case.”

The question of what documents need to be turned over is now in the judge’s hands.