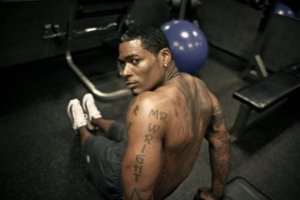 Memphitz called into TT Torrez’s radio show recently where he gave a detailed account of his relationship with K. Michelle. Memphitz has decided to defend himself against accusations  made by reality tv star K. Michelle, who stars on VH1’s “Love & Hip Hop: Atlanta.”  Memphitz is currently married to Lil Wayne’s ex-wife Toya Carter.

Here’s some highlights from the interview:

On how Memphitz and K. Michelle met:

Memphitz explains how he and K. Michelle met in New York. After K. Michelle sang for him for the first time, he said he was blown away and HAD to sign her. Memphitz was the Vice President of the A&R department at Jive Records after leaving Arista.

On how Memphitz and K. Michelle got involved intimately:

After signing K. Michelle, he would have her travel with him to sing for everyone. Late night studio sessions led them to begin mixing business with pleasure. Memphitz said he shouldn’t have gotten involved with his artist but he did.

He said things started happening between them that caused the relationship to turn sour. If Memphitz would listen to another female artist, K. Michelle would get upset. He said he was very fond of K but she was more in love with him than he was with her. He said they NEVER lived together but she did stay in his house in Atlanta and condo in New York.

On K. Michelle getting a $2 million dollar deal from Jive:

Memphitz said K. Michelle was signed for about $500,000, not $2 million. He said he “fixed” things on her to market her (i.e. breast implants). He claims he never touched the money she got from Jive to fund personal luxuries. He said the label handles the money after a budget is submitted so there’s no way he could have used her money for personal reasons.

On why he got fired from Jive:

Memphitz says he was running a one-man show and just had too many things going on. He also added K. Michelle was going to the record label telling them Memphitz hit her which also may have had something to do with him being fired. He said, “She says that whenever she thinks she has a stage.”

On an argument/altercation where he allegedly put his hands over her mouth:

Memphitz said he went to the hotel room to let K. Michelle know he was DONE with her. He claims she started swinging at him and throwing things at him while he tries to get to the door. He said he went to the house cleaning ladies to call for help. He then grabbed her and held her arms down to restrain her from hitting him.  He admits to covering her mouth to keep her from screaming.

On why K. Michelle didn’t say his name on “Love and Hip Hop Atlanta”:

Memphitz says the reason K. Michelle didn’t say his name on “Love and Hip Hop Atlanta” was because he had his lawyers call the producers of the show and said they were NOT able to say his name unless they have proof that he beat her!

On his relationship with K. Michelle, Ariane:

Memphitz claims he use to date K. Michelle’s friend, Ariane, on the show.

On if he cheated on his wife, Toya Wright, with K. Michelle:

He said no. Memphitz claims all of this came about because he got married.

On K. Michelle being abused:

He said she was abused before but it wasn’t by him.

On how Toya and his family are handling the negative media attention:

Memphitz said his wife, his daughters, family and friends know him and know he would not do that. He said “it is what is.”

First, he apologized for saying “I made you.” He said he didn’t make her, God gave her her voice. Memphitz said he meant he put her image together for the industry.

On if he could ever sit-down and bury this: