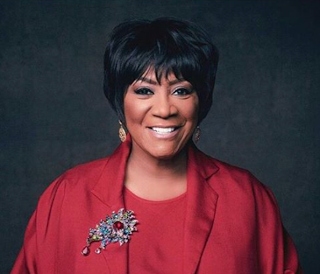 Patti LaBelle signs on as an advisor to Christina Aguilera for the next season of The Voice.

Hey Kids! I'm joining my daughter @xtina for the Battle Rounds on the new season of @nbcthevoice. It's going to be great so make sure you tune in! XO! #TheVoice 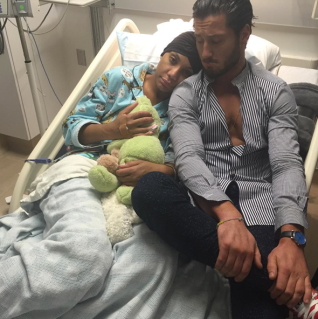 Last night Tamar Braxton announced she was leaving Dancing With the Stars and canceling her upcoming tour for medical reasons.

On Monday night amar Braxton showed up on Dancing with the Stars at the very last minute after she was rushed to the hospital with a suspected case of pneumonia.

Turns out it was much worse than that. 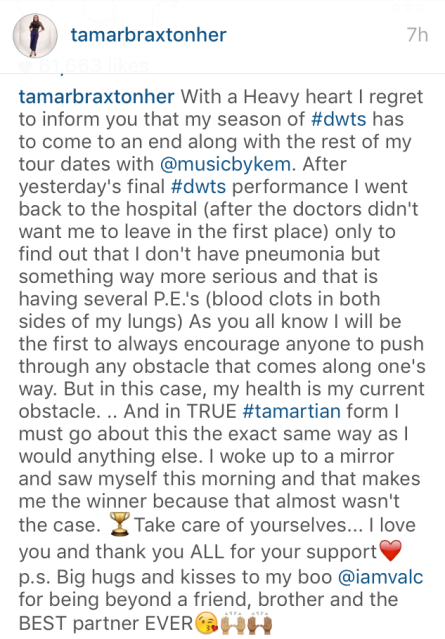 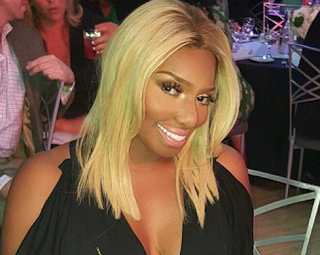 Earlier this year reality star NeNe Leakes left the Real Housewives of Atlanta after complaining the atmosphere had become too toxic.

Maybe it wasn’t so bad after all. According to reports NeNe will make a surprise appearance on The Real Housewives of Atlanta while the ladies travel to Jamaica for the annual cast trip.

“The ladies have no idea she’s coming. NeNe will be making an undetermined number of appearances in the new season.”

According to TMZ, one half of the Haqq twins and the new star of “Dash Dolls,” Malika Haqq crashed her car on the 101 around 3 AM yesterday morning.  The police report stated that Malika showed “objective symptoms of intoxication.” She reportedly failed a sobriety test as well.

Malika was promptly arrested for DUI, according to LA Country PD and charged with a misdemeanor around 4:18AM.  She was booked at the LAPD Valley Jail in Van Nuys at 5:37 a.m, then was was released a few hours later at 11:56 a.m. on $30,000 bail.

Grace Gealey aka Boo Boo Kitty officially revealed  her engagement to co-star Trai Byers (Andre) for the first time.  Check out the clip of her discussing “work place” dating. 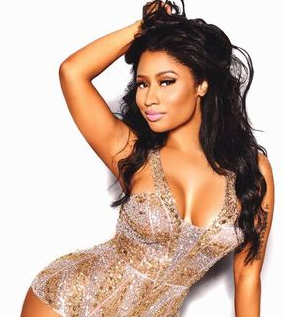 Nicki Minaj will be starring in a scripted comedy about her life on ABC.

According to Deadline the as yet untitled series will focus on Minaj’s growing up in Queens in the 1990s with her vibrant immigrant family and the personal and musical evolution that lead to her eventual rise to stardom.

Will you be watching??

Last week over 16 million people turned in live to watch the season premier of Empire.

According to new reports 4 million more viewers recorded Empire to watch at a later time bringing their total to a whopping 20 million viewers!

Congratulations on continued success of the flourishing series!!!

Tamar Braxton, singer, talk show host, and reality star has been announced as the newest addition to the 21st season of ABC’s ‘Dancing With The Stars.’

Tamar, whose new album ‘Calling All Lovers’ is still due to hit stores on September 11th, has been teamed with dancer Val Chmerkovskiy. Other stars set to feature on this installment of the show are Chaka Khan, Kim Zolciak, and Backstreet Boy Nick Carter.

MTV recently signed on to produce a reality show starring Amber Rose and Blac Chyna and will give you a closer glimpse into the lives of the ex-strippers;  now famous baby mothers, socialites.

The TV cameras will catch them maintaining high profile boyfriends, childcare, custody exchanges, club appearances and the numerous gigs they book along they way.

Who will be watching?? 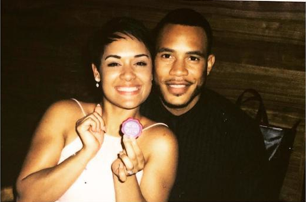 According to reports Trai surprised Grace with a proposal during a celebration for her 31st birthday this past Sunday.

Trai and Grace have been dating since March.