Happy Born Day to Michael Jackson!! One of the greatest to ever do it!! He has been a inspiration to us all in some way!! May he continue to rest in power, his legacy is forever. 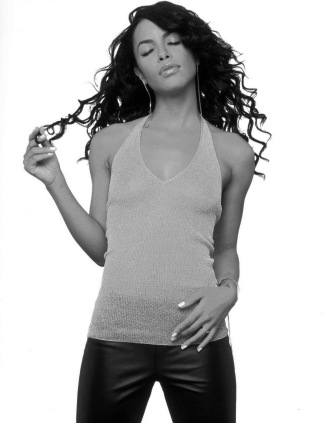 Aaliyah died on this day 08/25/01 in a plane crash while traveling back to the U.S. after shooting her iconic “Rock the Boat,” video in the Bahamas.    Aaliyah’s presence and time in the industry was precious, she paved the way for starlets like Beyonce, Ciara, and Tinashe. Her work with Timbaland and Missy Elliot was innovative and groundbreaking. There was a certain mystery about Aaliyah that kept her fans intrigued and in tuned to whatever she was doing.

Sixteen years later, Aaliyah’s life has been made into a movie, books have been the subject of her life and her music has been sampled and revered in past and current generations.  She will continue to be a standard that upcoming starlets are held too.

We are still missing you!! Continue to rest in power!!

Albert “Prodigy” Johnson, solo rapper and a member of Mobb Deep, passed away at the age 42 on yesterday.

According to TMZ,  Prodigy died in Las Vegas.  He was in the city as part of the “Art of Rap Tour” with Ghostface Killah, Onyx, KRS-One, and Ice-T.

An official statement was released via his rep through Billboard.

“It is with extreme sadness and disbelief that we confirm the death of our dear friend Albert Johnson, better known to millions of fans as Prodigy of legendary NY rap duo Mobb Deep.”  “We would like to thank everyone for respecting the family’s privacy at this time.”

Many fans, artists, producers, and members of the Hip-Hop community have expressed an outpouring of love and hurt for the legendary rapper. Everyone from Nas, Nicki Minaj, Q-Tip, A$AP Rocky, and more have taken to IG and Twitter to memorialize his passing.  When you think of  NYC 90’s/00’s hip hop, you automatically recall a classic Mobb Depp record.  R.I.P Prodigy your legacy will continue to carry on.

In a new book named ‘The Blood of Emmett Till‘ out next week, author Timothy Tyson reveals that he engaged in a conversation with Carolyn Bryant Donham back in 2002 about Emmett’s death.  She is the woman who accused Emmett of whistling at her back in 1955.

As a result, a group of white men burst into the home of 14-year-old Emmett Till, kidnapped him, tortured, mutilated and shot him and dumped him in the Tallahatchie River.  This year, long after his murderers were found Not Guilty and the passing of  Emmett’s mother, Donham has something to confess.

Much to Tyson’s surprise, the now elderly woman (who has been married twice since her relatives slaughtered the teenage boy) had this to say when she was asked about she had accused him of doing to her.

That part’s not true.

Yes, the 82-year old now claims that the incident in which she claimed saw Till make lewd remarks towards her and threatened her safety was a lie.

As for the rest of what happened that evening in the country store, she said she couldn’t remember. She reflective in Timothy Tyson’s presence, wistfully volunteering, “Nothing that boy did could ever justify what happened to him.”

She also admitted she “felt tender sorrow,” Tyson would note, “for Mamie Till-Mobley”—Emmett Till’s mother, who died in 2003 after a lifetime spent crusading for civil rights. (She had bravely insisted that her son’s casket remain open at his funeral in order to show America what had been done to him.) “When Carolyn herself [later] lost one of her sons, she thought about the grief that Mamie must have felt and grieved all the more.”

Happy 37th Birthday to Aaliyah!! You are truly missed, your presence and legacy in the world continues to inspire and will for generations to come. 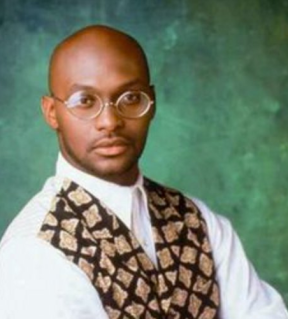 According to multiple reports actor Tommy Ford died today in Atlanta today suffering a ruptured aneurysm in his abdomen.

Earlier this week Ford told his Instagram followers he was being admitted to the hospital for knee replacement surgery.

TMZ is now reporting that Prince may have been treated for a drug overdose six days before his death.

Just hours after he performed in Atlanta on Friday (Apr. 15), Prince’s private jet made an emergency landing in Moline, Ill., only 48 minutes from his home. His reps claim he was battling the flu, but sources tell TMZ that he was hospitalized and doctors gave him a “save shot,” which is usually administered to counteract the effects of an opiate.

Doctors reportedly advised Prince to remain in the hospital for 24 hours. His people requested a private room, but decided to leave when their demands were not met. He was released three hours later and flew home. When he left, he was reportedly “not doing well.”

Authorities in Minnesota are trying to obtain hospital records to determine cause of death.

According to reports Malik Isaac Taylor A.K.A. Phife Dawg died. He was 45.

Phife battled diabetes and received a kidney transplant in 2008.

Phife’s struggle with the disease was chronicled in the 2011 documentary Beats, Rhymes and Life: The Travels of A Tribe Called Quest.

Up and coming Atlanta rapper Bankroll Fresh was shot and killed at a recording studio early Saturday morning.

The shooting happened a little after 11 p.m. Friday, at the Street Execs Studios on Defoor Place.

The Fulton County medical examiner confirmed 28-year-old Trentavious White, known as Bankroll Fresh, was shot while inside the studio.

White was then transported to the hospital where he later died.

Police say they collected more than 50 shell casings inside and outside the recording studio.