Four years after his historic presidential win, Barack Obama captured a second term. The president won the electoral vote, the popular vote, and the celebrity vote. After the results were announced, Twitter was flooded with congratulatory messages from music’s biggest stars including Rihanna, Diddy, Mariah Carey, Lil’ Kim, and many more.

Rihanna: Put one in da air for the Prez!!!! Our dear Obama!

Nicki Minaj: So inspiring, dreams do come true… CONGRATULATIONS MR. PRESIDENT!!!!!!!!!! Cried the first time he was elected and this time was just so surreal…never thought I’d see this in my lifetime. #GodBlessAmerica

will.i.am: Thank you america…we are still on our path.

Mary J. Blige: Congratulations Mr.President!!!! I was never worried and i never doubted you!!! God bless you!!! 4 more years!!!

LeToya Luckett: U SEE IT!!!!!! *Drops mic walks OFF stage* MY PRAYERS WERE ANSWERED…AGAIN!!!

Diddy: It feels even better the secoond time around!!!! #obama2012

Meek Mill: S/o 2 #obama the only man that made me believe anything is possible…. Gave me hope!

Young Jeezy: Yeahhhhhhh! WE DONE IT AGAIN! Shout out @BarackObama!!!

Ciara: YES!God Bless America! We Will Get Better!I BELIEVE!The Economy WILL GET BETTER!WATCH! Historical Moments Dont Happen Like This 4 No Reason!

Snoop Dogg: My president is black

Dawn Richard: This was beautiful to see so many of us fighting for a cause! Observe what we can do when we love and agree! #Forward

Diggy: I can’t even believe I’m watching this man….. #History

Melody Thornton: Congrats @BarackObama sleep well tonight and lets do everything possible to make this the best 4 years this country has seen!!

Pusha T: Another 4 in the black house! YEAH VA!!

Kelly Rowland: Congratulations to President Barack Obama on his historical election win tonight! We proved to the world tonight that Americans are moving forward and will continue to be a great nation. Yes we can. Yes we did. #FORWARD

Jordin Sparks: Congrats 2 our President! What a race! Lets unite, work together & be one again! No matter who is President, Jesus is King! #Titus31&2 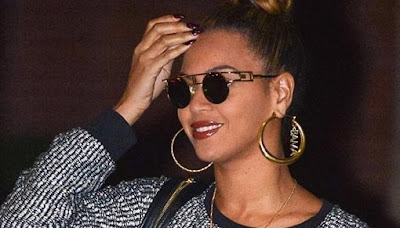 Please if your registered to vote, make sure you excercise your right.  Our predecessors have fought long and hard so that African-Americans and women could have the opportunity to cast a legit vote in the USA.  This election has been a tight race, and will impact our lives on many levels if we don’t vote, and if we don’t vote correctly!!  Let’s make the right choice!!  #VOTE #VOTE #VOTE

VIA Washington (CNN) — President Barack Obama and Republican challenger Mitt Romney are neck-and-neck in national polls, while Obama has an edge in crucial battleground states that will decide todays’s election.

The dynamic sets up a possible outcome that has happened rarely in American politics and could undermine the credibility of the victor — Romney beats Obama in the overall vote, but the president gets reelected by winning the decisive Electoral College.

It would be the fifth time in history that the candidate who got the most overall support didn’t win the election, and the first time that an incumbent president prevailed without capturing the popular vote.

With less than a day to go until the election, President Obama pulled out the big guns, calling on Jay-Z and Bruce Springsteen to perform at a rally in Ohio. President Carter opened with “Public Service Announcement” and changed the lyrics to his hit “99 Problems” (“I got 99 problems but Mitt ain’t one”) before introducing Obama.

About a week ago news spread that Jay Z and Beyonce were holding a $40,000 a plate fundraiser at the 40/40 Club for President Obama’s re election campaign.

Well, the big ticket dinner pulled in a cool $4 million…

During his address President Obama said Beyonce had been very generous with his daughters and that she couldn’t be a better role model for his children and thanked Jay Z and Beyonce for their friendship.

The President also joked about his bond with Jay Z telling the crowd,

“We both have daughters and our wives are more popular than we are. So, you know, we’ve got a little bond there. It’s hard but it’s okay.”

Michelle Obama was not present.

Both Beyoncé and Alicia Keys have stepped forward to pledge their commitment to President Barack Obama’s presidential campaign.

Alicia Keys kicked off her efforts by heading to the Women Vote 2012 Summit on Monday in Philadelphia to talk about what this election year means women.  Last week Alicia took her enthusiasm to Twitter telling her fans, “Women across America are fired up to vote for@BarackObama   in 2012! Join me in Philly next Monday!ofa.bo/pAfVZv #Women2012.”

This is not the first time Keys has shown support for Obama, as she was a consistent supporter in the last election as part of the Vote For Change campaign, which enlisted musicians to get out the vote for our current president.  Also, she recently performed alongside Mariah Carey at a re-election fundraiser in New York City.

Beyoncé is doing her part as well writing a a letter to the First Lady, calling Michelle Obama, “the ultimate example of a truly strong African-American woman.”

Adding to her support, Beyoncé read the letter she penned earlier in the year in a video released by BarackObama.com.

District of Columbia Mayor Vincent Gray faced additional calls to resign, a day after three councilmembers said that he should step aside because of the ongoing federal investigation into his 2010 campaign.

On Tuesday, a public relations consultant, Eugenia Clarke Harris, pleaded guilty to charges that she helped illegally steer more than $650,000 to what the U.S. attorney has described as a “shadow campaign” to boost Gray’s chances to unseat then-Mayor Adrian Fenty (D) in the primary election.

“Whether Vince knew or not, the legitimacy of the election was called into question by all this illegal money,” Catania said.

“It’s time for the Mayor to do what’s best for the District and resign. The only way forward is with new leadership for our city. While it is still unclear if the Mayor knew about the shadow campaign during his election, the fact is, the Mayor did not disclose to the public what he did know shortly after the election. This is truly unacceptable.”

Gray told reporters Wednesday during a press conference that he had no plans of resigning. While he did not go into much detail about the allegations of a shadow campaign, the mayor said: “This is not the campaign that we intended to run.”

The Washington Post reported Thursday that Gray he knew the existence of campaign violations in January, when Harris said she met with the mayor in his fifth floor private suite in the John A. Wilson Building.

The disclosure of the meeting marks the first indication that Gray knew of undocumented funds before the federal raids in March at the homes and offices of Harris and business associate Jeffrey E. Thompson, who is believed to have funneled more than $650,000 in unreported funds to a “shadow campaign.”