Dupri says he designed and developed it to be the “coolest, hippest city” on the Internet.

“Global 14 was created because of the increasing trend of ‘social notifying’ versus ‘social networking,’ says Dupri. “Social notifying is when people share information, such as in ‘Hey, check out this website.’ There’s no conversation or expectation of a response.”

However, Global 14 is about establishing dialogue and making connections.

“There’s no real social networking anymore,” maintains Dupri. “People just post updates without replying or engaging their followers. At G14, if you hit me up with a question, nine times out of ten, I’ll respond. I’m talking with people all day on there.”

In less than three months, the site has secured over 10,650 subscribers and receives about 100,000 unique visitors a month. Members “friend” and follow each other. They post conversations to their page which can be linked to other social media accounts.

“Unlike other sites, G14 is not about how many followers you can get,” says Dupri. “It’s about the relationships. ‘Friends’ should be your real friends.”

Additionally, the site features nearly 500 discussion groups with topics ranging from dating and relationships to cooking, education, music and sex.

“I’m trying to encourage young America to get more involved in what’s going on with social media and the tech world,” says Dupri. “I want to show them that we can use computers for more than just watching crazy videos, posting pictures and reading about celebrities.”

For more information on Global 14 or to join the movement, visit www.global14.com.

Juelz Santana’s new year isn’t kicking off on a positive note, as news spreaded that the Dipset rhymer’s New Jersey studio was raided by police last week on Thursday (Jan. 20).Officers entered the premises, dubbed “Santana’s World,” to find guns and drugs present. Two fully loaded 9mm handguns, several boxes of ammunition and marijuana were among the items confiscated. While the surprise visit turned up the illegal guns, Bergen County police were there to arrest Toby M. Raynor, also known as Hynief, an affiliate of the rapper’s Skull Gang set.

The 24-year-old was reportedly taken into custody after selling marijuana to undercover Gang Unit detectives. During a 10-month investigation, Raynor, 24, dealt the drugs on June 16 and July 1, 2010. Raynor is currently being held in the Bergen County Jail on $50,000 bail. 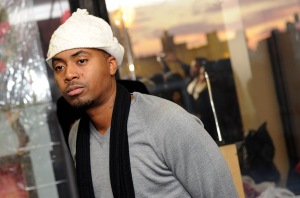 It seems like every week another rap titan is targeted by the IRS for some gigantic debt, but Nas, as usual, is doing it bigger than most. The legendary Queens MC has been tapped by the IRS for a mind-boggling $6 million owed in back taxes.

The back taxes are specifically tied to a mansion that Nas owns in Eagles Landing, Ga., but are also the next in a long history of money problems for the ‘Illmatic’ rapper. He has apparently filed liens for three years in a row and still owes a substantial sum of money for a condo that he recently purchased in New York City. Managers of that property are targeting Nas for late dues on a $420 assessment fee that he has neglected to pay since January 2010.

Michael Vick’s comeback continues — all the way to the bank. The Philadelphia Eagles QB has inked a two-year endorsement deal with Unequal Technologies, a producer of the protective pads worn in football games. The deal will be publicly announced today, according to the company.

“We’re real excited about it,” the company’s chief executive officer Rob Vito said. “Michael is good people. He paid his dues. President Obama reached out to him. He deserves an opportunity. This is what makes America so great. He’s moved forward. He’s a whole other person. “We believe it was worth it because of Michael Vick and how he can shed light on the technology of our products,” Vito said.

Vick said in a statement that “Unequal’s protective power gives me a whole new level of confidence in my game. It makes me feel invincible.” A large number of businesses, including Nike, had cut ties with the controversial athlete following his 2007 conviction for participating in a dog fighting ring, for which he served 18 months in federal prison. Vick, who made $5.2 million this past season with the Eagles, was a scoring machine in his comeback 2010 season, passing 22 touchdowns and running for another 10.

Kanye West has officially announced his solo return and the collab album with Jay Z release schedule. He took to his twitter this weekend to talk about both releases.

This man is just too funny!!!! Can’t wait til he comes back to DC.

Nicki Minaj, who has been out in London promoting her album was spotted out in a pair of Versace “Dvea” geometric heel sandals ($1,125).  I posted these last year in the post “Spring and Summer Accessories 2011” for the bad girls out there. Now Ms. Minaj can be seen looking quite sexy in em’!!!

This Burberry Navy Leather Biker jacket ($3,195) from the Spring/Summer 2011 Collection  features a military style design that everyone needs in their possession. It’s made using 100% washed buffalo skin, and has a detachable belt, shoulder epaulets and four front pockets.

McLaren’s  MP4-12C sports car, which was introduced 2 years ago, is finally nearing its availability date and the price has been set at ($229,000). The luxury car company hasn’t released a new car model since the release of the popular SLR back in 2003, which they built in collaboration with Mercedes-Benz. Powered with a twin-turbocharged V8 M838T engine that outputs 592 horsepower, the MP4-12C goes from 0-60 mph in 3.5 seconds and can reach a top speed of 220 mph.

These are the Louis Vuitton Acapulco sneakers ($645) released as part of the Spring/Summer 2011 Collection, and feature calf leather with perforated detail, a top velcro strap, white trimming, rubber LV initials on the side and a rubber sole.