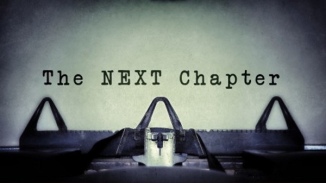 DreBlackSoFresh was created back in 2010, with the intention to stay informed and updated on Pop culture and all the hottest stories, news, and gossip that would break the internet. This blog site has covered it ALL! However, in an age where information is literally at the tip of your fingers; you can find the latest tea or breaking news instantly as it happens via TMZ or the Shade Room. There are more than enough blogs and media outlets for that and I no longer have an interest in providing that content on this website.

Moving forward DreBlackSoFresh will focus on stories of substance that affect our (Black) community with an emphasis on black entrepreneurship, mental health and education, local/national underground artists, and highlighting various organizations and people who are actively involved in the community in hopes to create a better one.

Thanks to everyone who has continued to follow and support this site without constant updates and posts. The best is yet to come!! 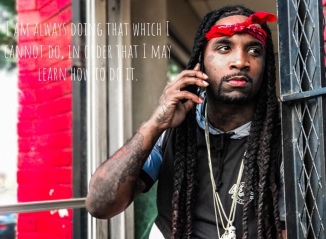 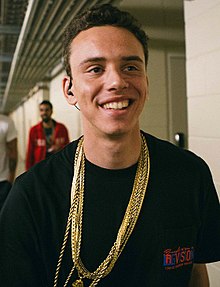 Thousands of black rights activists from across the nation gathered Saturday on the National Mall to celebrate the 20th anniversary of the Million Man March and call for policing reforms and changes in black communities.

Nation of Islam leader Louis Farrakhan, who spearheaded the original march, led the anniversary gathering Saturday at the Capitol called the “Justice or Else” march.  I remember being  a 14 year old boy back in 1995 the MMM was an awesome experience for a young buck like myself.  I remember seeing Maya Angelou and the late Rosa Parks speak, and just seeing so many black men gathered together for a positive cause was inspiring.

In 2015, Farrakhan called Black Lives Matter protesters the next leaders of the civil rights movement and called on older leaders to support them.

“What good are we if we don’t prepare young people to carry the torch of liberation to the next step?” he said.

At the march, the families of several unarmed African-American men and women killed in encounters with law enforcement encouraged the crowd to continue to speak out against police misconduct.

“We will not continue to stand by and not say anything anymore,” said Sybrina Fulton, the mother of Trayvon Martin, the 17-year-old black teen shot dead in Sanford, Florida on Feb. 26, 2012.

March participants spoke of their sense of purpose in guaranteeing black Americans rights for which many have fought for generations.

The original march on Oct. 16, 1995, brought hundreds of thousands to Washington, D.C. to pledge to improve their lives, their families and their communities. Women, whites and other ethnic minorities were not invited to the original march, but organizers said all were welcome Saturday.

Unfortunately, on Friday, April 11th, 2014,  a genuine, down to earth, fellow artist, lyricist, MC, Father, and friend departed this earth.   They say the good die young but also the creative geniuses of the world.  His music touched many and inspired a plethora of artists and like minded individuals especially in the Washington, DC area. His kind and humorous demeanor would have you in tears but brought the kind of joy that would make anyone smile. I dedicate this blog post to Claude and to spread his message of peace and consciousness.  We must take the time out to uplift and reach out to our fellow brethren who may or may not be going through the struggle.  It is our duty to lend helping hands when our loved ones are in need and to continue to support them no matter what!!  Sometimes we don’t know the personal battles that people go through, which is why it even more important to wholeheartedly love one another without judgement and pray for one another.  For those who didn’t know Claude, check some of his music and links out below.  REST IN POWER BROTHER!!

Akil Nadir was a Washington, DC native who spent his teenage years immersed in the city’s burgeoning hip hop scene, popping in and out of street corner ciphers and performing in night clubs in the historic U Street neighborhood. He gained a reputation for being fiery and unpredictable with a work ethic that defied his age. After graduating from Duke Ellington School of the Arts, he attended North Carolina Central University in Durham―classmates with Foreign Exchange members Phonte and Yahzarah―and earned a Bachelor of Arts in English. Soon after graduation he returned to his hometown and discovered his second passion, education. He has been teaching English in DC ever since―eventually earning a Master of Science in Educational Administration―but has never given up on his first love. He has enjoyed some modest popularity over the years as an independent artist, but he remains one of the capital city’s best kept secrets. His style is a healthy combination of bravado, consciousness and humor. It seems like an impossible balancing act, but he pulls it off effortlessly. In the end, it feels like someone crammed all your favorite emcees into one body, taught it to read and then let it loose on the world.

Eating fast food three times a week may lead to asthma and eczema in children, say researchers who have looked at global disease and dietary patterns.

Data from more than 500,000 children in more than 50 countries suggests poor diet may be to blame for rising levels of these allergy-related conditions.

Fast food often contains high levels of saturated- and trans-fatty acids, which are known to affect immunity, while fruit is rich in antioxidants and other beneficial compounds, say the researchers.

In the study, children in their early teens who ate three or more weekly servings of fast food had a 39% increased risk of severe asthma.

Six- and seven-year-olds had a 27% increased risk.

Eating three or more portions of fruit a week cut the risk of severe asthma, eczema and rhinoconjunctivitis by between 11% and 14%.

There were rumors that Bobbi Kristina wanted Michael Jackson’s daughter Paris to appear on her upcoming reality show.  Whether it comes to pass remains to be seen but Bobbi has reached out to Paris to offer her love and support.

Snoop Dogg has had a spiritual awakening.  The rapper has traded in his famous moniker for Snoop Lion and revealed further plans for a reggae album inspired by his journey to Jamaica.

He was originally planning to do another “gangsta” album, but had an epiphany one day.  “This called me and it put all of that to rest,” he said.  “Anytime the spirit calls you, you gotta know that it’s serious and it’s real.  When the spirit called me, it told me to find something that was connected towards the Bob Marley spirit.  Because I’ve always said that I was Bob Marley reincarnated.”

He hopes the album will appeal to people of all ages.  “I’ve always wanted to perform for kids and my grandmother and people around the world who really love me that can’t really accept the music that I make,” he explained.  “This reggae music is a music of love, happiness, and struggle.  Now as a 40-year-old man in the music industry and the artists call me Uncle Snoop, I gotta give them something new.”

He revealed one powerful song called “No Guns Allowed.”  “It’s so real with so much shooting and killing going on in this world, and nobody ever speaks on it until it happens.  And I’m tired of it.  We made this record because I’ve always wanted to make a song that can stand for something.”

While he may return to rap one day, for now, he’s enjoying being Snoop Lion.  “I’m a wise man in the music industry, not that I’m never gonna ever do rap again because I’m gon’ always do what I love, but right now, I’m Snoop Lion and I’m having fun with this reggae movement, so hopefully you guys will enjoy it as well.  Jah Rastafari.”

Listen to “La La La,” the first single from Reincarnated

Lupe Fiasco unleashes the visuals for “Around My Way (Freedom Ain’t Free),” the first single off his upcoming album Food & Liquor 2: The Great American Rap Album Pt. 1, due September 25. The song ignited controversy over its sample of Pete Rock and CL Smooth’s 1992 classic “They Reminisce Over You (T.R.O.Y.).,” but the rappers were able to resolve their dispute.