When it comes to trendsetting and stepping outside of the box, leave it to BTF Clothiers to elevate the game. Behind the Facade Clothiers are a premium clothing brand out of Washington, DC established in 2017. Although their clothing may be stylish and fashion forward, the ultimate goal is to bring awareness to mental health and breaking the stigma associated with it.

Check out a glimpse of their new collection dropping soon:

Here are my favorite items of the week.

From Balenciaga to Gucci to Givenchy and MCM, high fashion has always been one of my favorite past times. When choosing to decide what you gonna drop a bag on, you should be mindful. First, unless you got money to pay no need to try and play. Second, don’t buy something just because of whose name is on it, but buy it because it can be a staple within your wardrobe and can wear for years to come. Thirdly, find pieces that are authentic and true to your individual style vs. trying to keep up with the joneses.

Only the elites of the elite’s can secure an invitation to the annual Dior Fashion show which was held at the Upper Las Virgenes Canyon Open Space Preserve  in the hills of Calabasas in Los Angeles, CA.

Solange entertained the crowd with her eclectic showstopping set with songs from A Seat at the Table.  The show was dubbed Diorchella for its festival-like ambiance, and the event used nature as its backdrop. Check out some flicks below:

What is EAT? Many are asking and wondering what the three-word lettering stands for and it’s relevance. Well, it stands for Elevate All the Time and the BRAND is spreading like a wildfire.

Initially starting off as a photographer and stamping his photos with his now recognizable and popular eat.. logo.  Malik Jarrett has now transitioned into one of the hottest local brands since the days of other popular brands Madness,  Visu Mchunu, All Daz and WE R One.  However, for Malik it appears that he has expanded on the concept of what brand recognition is and has taken his apparel line to the next level by doing pop-up shops all around the city, engaging young black males with his BOYS EAT program at Ketchum ES in Washington, DC promoting community strengthening and character, and being in high demand as word of mouth has pushed the brand to even higher levels.

All Homage which was created out of Malik’s love for photography and capturing moments created the phrase because he believes in giving respect and credit where it’s due. #Ifyoudonteatyoudieinthestreets is his hashtag and slogan, inciting that EAT is for the culture and the city of Washington.  His goal is to be relevant, he wants to be known 50 years from now where his brand will still be going strong. Malik says that it is not about the money for him. He wants to see everybody win!!

Malik says that his influences are his life experiences which have shaped his view of life. His biggest inspiration is beautiful females where he gets some of his greatest ideas. Malik’s creative juices also get flowing in the morning time when he feels like his best self.  He believes that GOD is his greatest leader and fully follows the path that he has paved for him.

Malik and his team recently visited Bali, Indonesia and spread some EAT inspiration to the locals and children.

Malik’s BOYS EAT program is 9-week program that teaches young men values to become kings and to walk with honor. He encourages them to use their creativity and not to be afraid to be themselves.  The boys also get to learn first hand about photography from Malik himself.  The BOYS EAT program could use NEW disposable cameras and monetary donations to continue the program. If you would like to make a donation or monetary contribution, visit http://www.allhomage.com.

Let’s continue to support our black business owners and anything positive in our community. Malik has definitely stepped up to the plate ensuring that he has the backs of others as long as you got his!!  We all deserve to EAT!

For more information about EAT and AllHomage please visit http://www.allhomage.com to order your EAT gear today. The Golden Globes were in full effect on Sunday night and brought out the biggest and brightest stars.  The Black Star power was definitely on display on the red carpet.  The night included some pretty big wins for people like Tracee Ellis Ross and Donald Glover who won an award for his TV series “Atlanta.”  Issa Rae who is pictured above was nominated but did not win.  Her chances for next year are looking very promising. 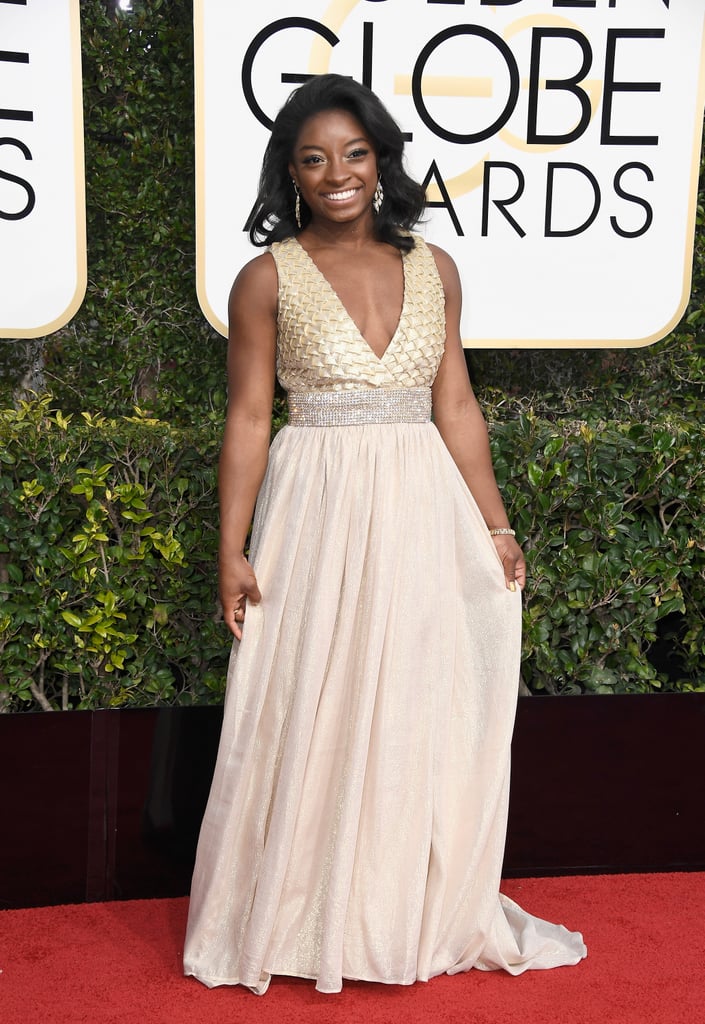 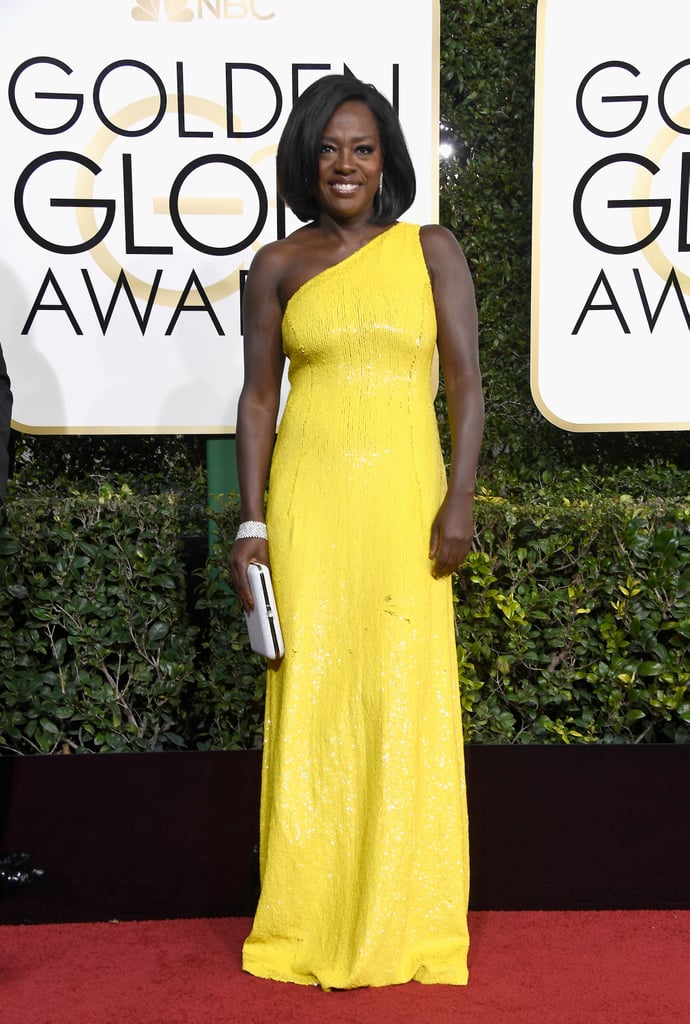 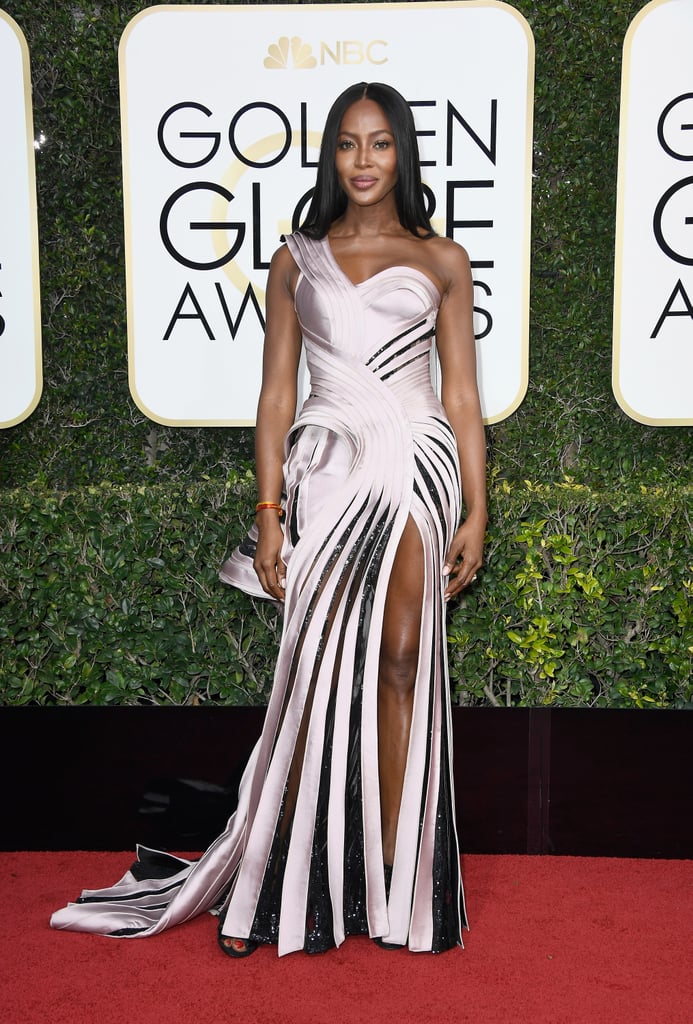 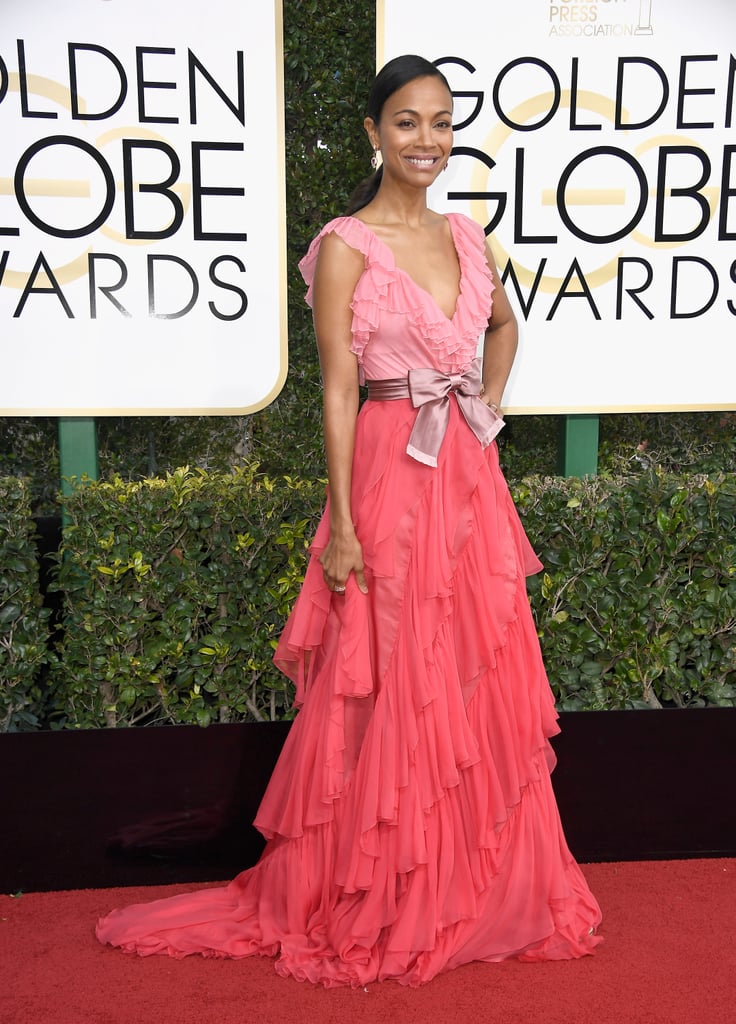 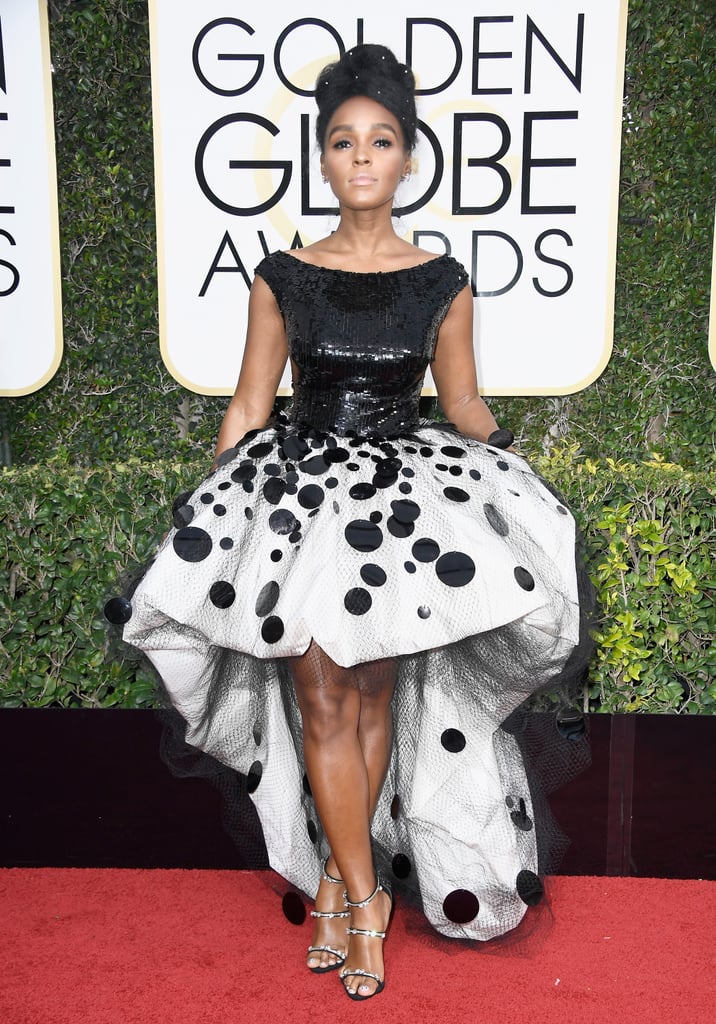 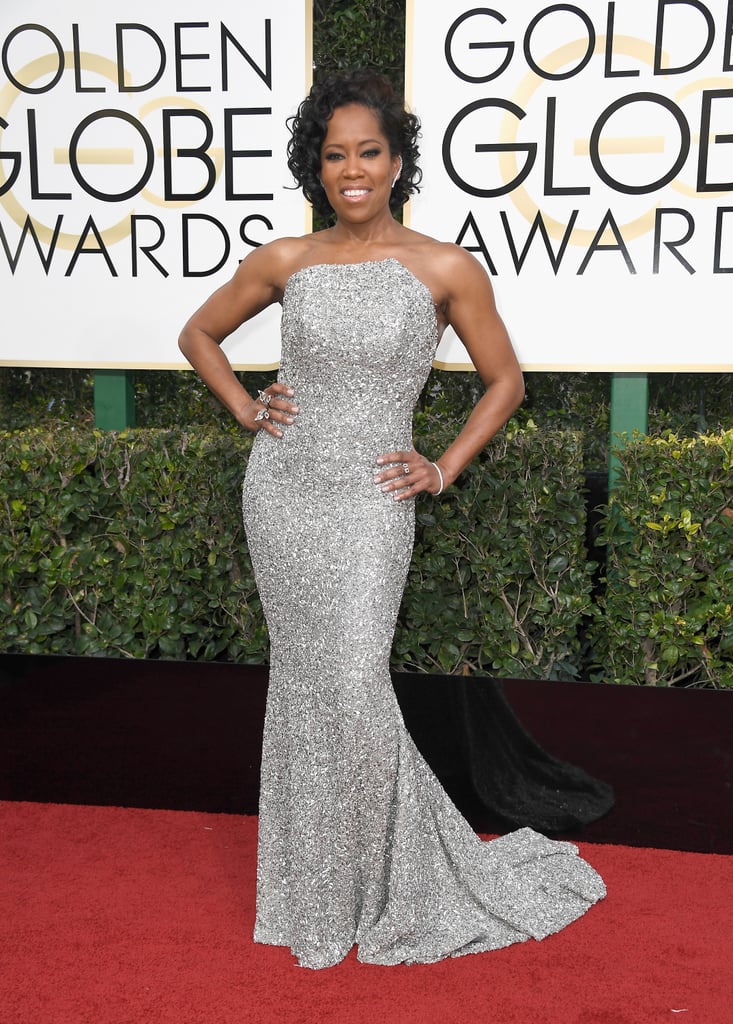 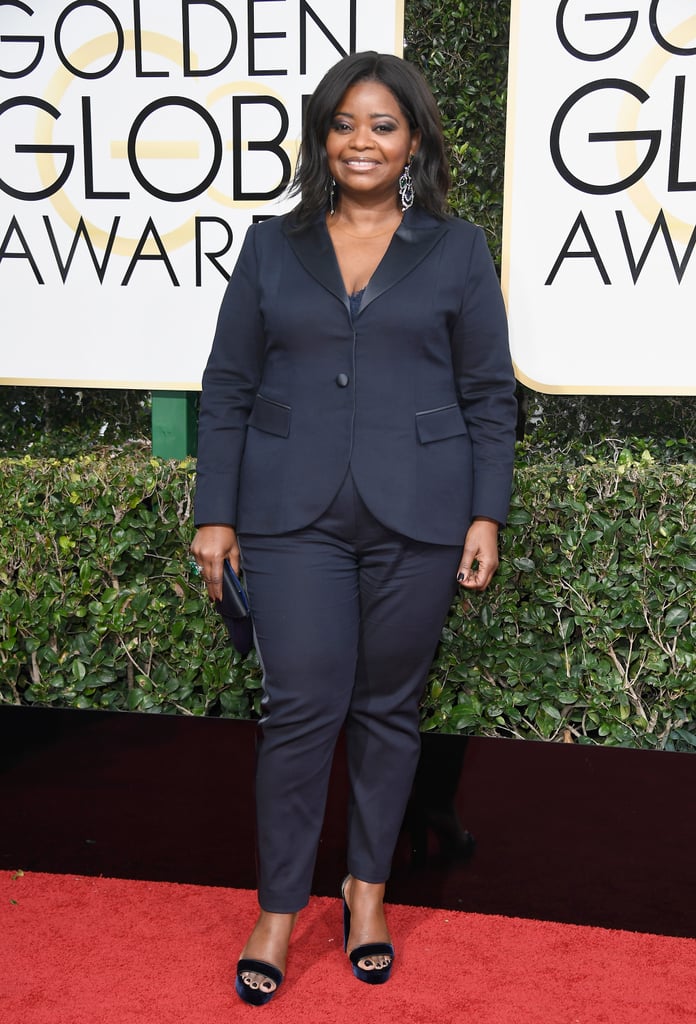 Willow Smith is taking it to the next level in the latest issue of Vogue Paris.

The 16 year old shows her growth into a young lady as she strikes a few poses.  The shoot was photographed by Nez & Vinoodh.

Pharrell Williams threw on his journalist cap, interviewing Jaden and Willow Smith about everything from philosophy to fashion. The two siblings were shot by Steven Klein. They appear in designer threads from Burberry, Rick Owens, Alexander Wang, and Chanel Haute Couture.

WILLOW ON OLDER PEOPLE: “It seems like they don’t understand our thought process. Or, like, things have happened in the past that they’re still mad about. We want to accept them and move forward. I mean, I can definitely see things that have happened in the past that they’re holding on to and things that are happening right now that bog them down, but this generation wants to transcend them.”

JADEN ON HAPPINESS: “It’s good to be happy and tell us how cool your life is and how awesome you are on social media. That’s great because it inspires other people to be happy, too. But a lot of times, people are trying to be happy in the wrong ways—with money or with different things that are not true happiness. It’s leading people down a rabbit hole that actually doesn’t exist.”

WILLOW ON INSTAGRAM FAME: “I know so many kids who literally are, like, Instagram-famous. They have done nothing but post pictures on Instagram. And they have followings. People love to see them in person, but it’s only because they post on their Instagram. It’s literally crazy. Kids will paint a picture of themselves that is so far beyond who they actually are. It’s like they’re wearing someone else’s skin.”

WILLOW ON WILL AND JADA: “Growing up, all I saw was my parents trying to be the best people they could be, and people coming to them for wisdom, coming to them for guidance, and them not putting themselves on a pedestal, but literally being face-to-face with these people and saying, ‘I’m no better than you, but the fact that you’re coming to me to reach some sort of enlightenment or to shine a light on something, that makes me feel love and gratitude for you.’ They always give back what people give to them…It’s not just about money. It’s not just about giving people gifts or whatever. What my parents have given to me is not anything that has to do with money or success or anything that society says people should be focusing on—it’s something spiritual that only certain people can grasp and accept. And that’s how I act and move in the world today.”

JADEN ON WILL AND JADA: “My parents are definitely my biggest role models. And that’s where me and Willow both pull all of our inspiration from to change the world. It all comes from a concept of affecting the world in a positive way and leaving it better than it was than when we came. I feel like that enters into all types of different areas because there are so many different outlets that life has to offer for us. That goes into technology, into music. That goes into science, into spirituality, into education.”

JADEN ON PHILOSOPHICAL QUESTIONS: “A question I would like to present to the world is: Where is the love? And what are we doing? Who’s making the decisions that are putting us in the predicaments that we are in, with all of these people losing their lives around the world in so many different ways? I feel like a serious revolution needs to take place in order for human beings to evolve in a way where we can truly exist as a society. Because, right now, we do not act as a true society. We act as a world under terror, just scrambling to survive.”

With some of the biggest stars in the world which include Rihanna, who received the Video Vanguard Award and Beyonce who won 8 Moonman, were just a few celebs in attendance for the 2016 VMA’s held at Madison Square Garden.  The show was jammed packed which featured performances by Future, Nick Jonas, and Britney Spears.

The beautiful and oh so sweet Angela Simmons has been making her rounds as of late.  She is currently featured in a new photo shoot which showcases her royal status as the daughter of a living legend and figure of one of hip hop’s prominent families.

Angela can also be seen glowing while her belly bump is on full display, looking confident and regal while doing such.

The 2016 Calvin Klein Fall Campaign ads have hit the net and features some unlikely stars. With a campaign that already features such notables and familiar faces as Kate Moss, Bella Hadid, and Zoë Kravitz.  Frank Ocean and Young Thug are added into the mix.

Check out the clips below: