Beyonce and JAY-Z’s twins turn 1 month today. Beyonce recently revealed to her Instagram the big reveal of Sir and Rumi Carter. Thirty minutes after its initial post, it had already garnered over 1 million posts. Here’s to the new dynasty!!

Each year the biggest and brightest stars come out and shine at the annual Met Gala Ball held at the Metropolitan Museum of Art in New York City.  The Met Ball’s theme this year was an homage to Japanese designer Rei Kawakubo. Everyone from Rihanna to Nicki Minaj were in attendance. Also, gracing the red carpet were the likes of  Madonna, Jennifer Lopez, Pharrell Williams and wife Helen Lasichanh, The Weeknd, Selena Gomez, Serena Williams, Solange, Rita Ora, La La, Nick Jonas, Kylie Jenner, Future, and Jaden Smith to  name a few.

Check out some looks below: 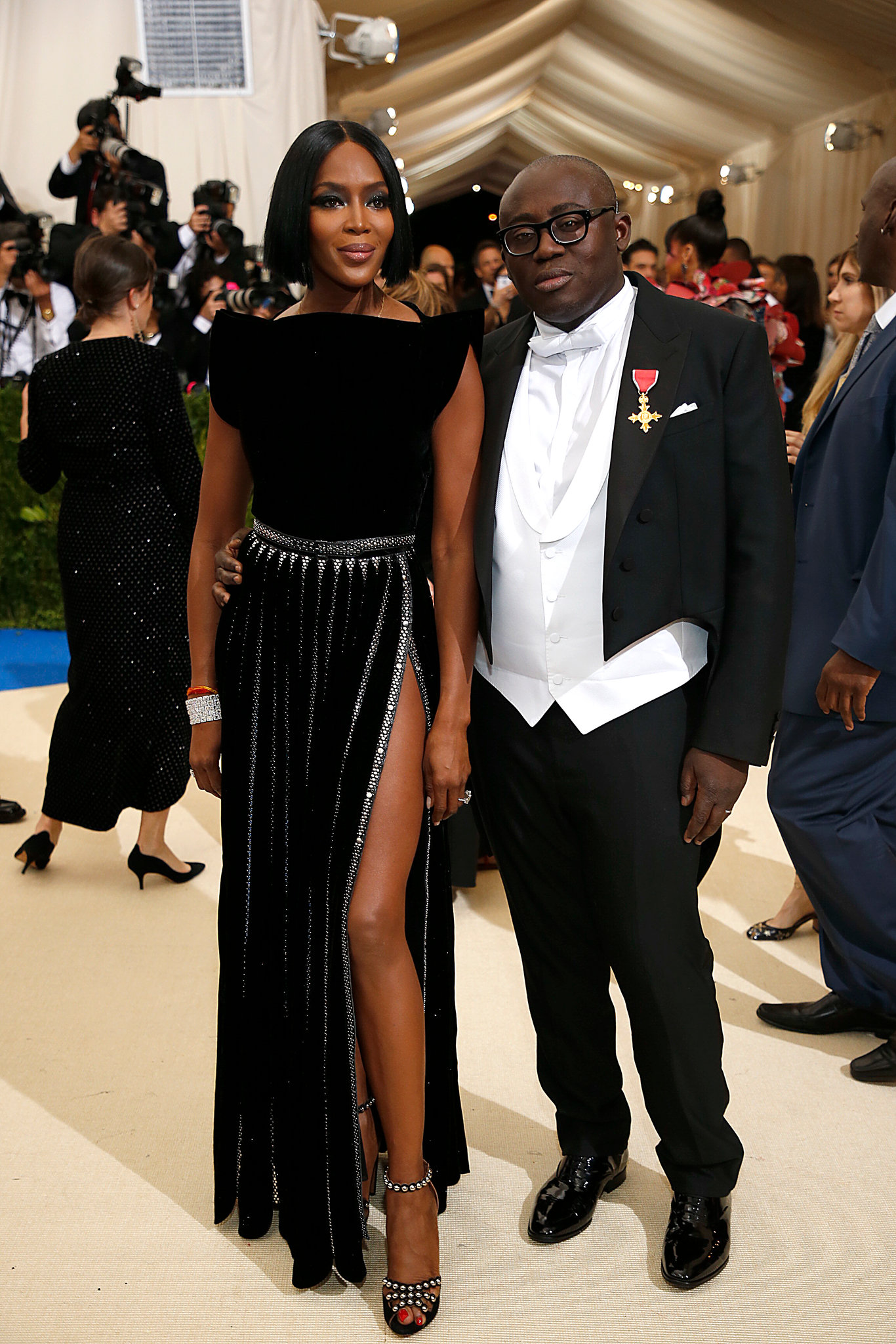 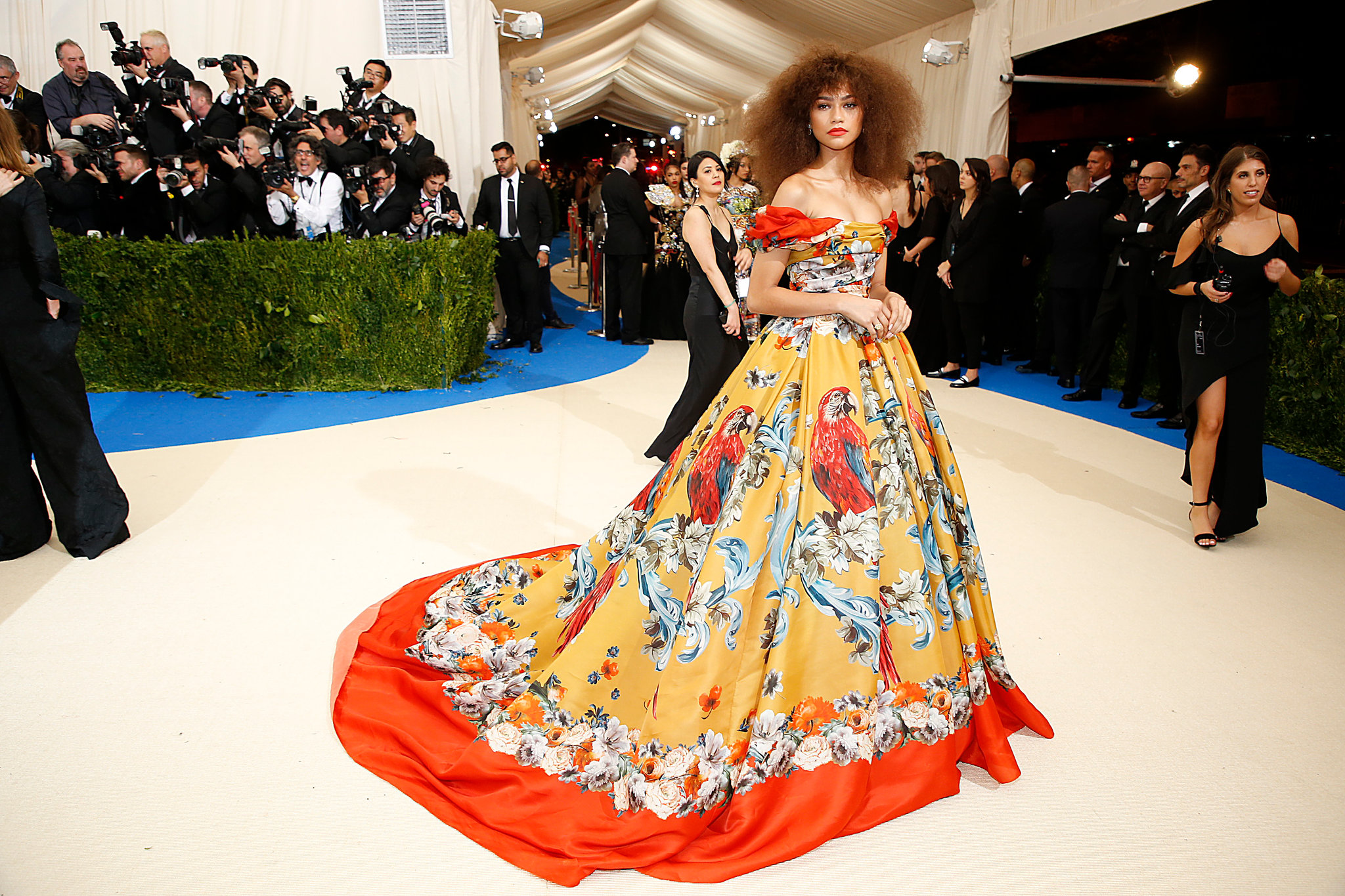 Ciara and her husband Russell Wilson welcomed Sienna Princess Wilson on Friday, according to an Instagram post from Ciara. The couple’s bouncing baby girl weighed in at 7 lbs., 13 oz. Congratulations!!!

Beyoncé  just announced via her Instagram account that she and Jay Z are preparing for not one, but two additions to their Carter clan.  Mrs. Carter has seemingly been out of the public eye for a few months.  Her last public appearance was when she and Jay performed for Hillary Clinton.

She posted a pic of her ever growing baby bump surrounding by a bouquet of flowers. After a rewarding 2016, I’m sure this moment doesn’t even compare.  Congratulations!!

We would like to share our love and happiness. We have been blessed two times over. We are incredibly grateful that our family will be growing by two, and we thank you for your well wishes. – The Carters

Pharrell Williams threw on his journalist cap, interviewing Jaden and Willow Smith about everything from philosophy to fashion. The two siblings were shot by Steven Klein. They appear in designer threads from Burberry, Rick Owens, Alexander Wang, and Chanel Haute Couture.

WILLOW ON OLDER PEOPLE: “It seems like they don’t understand our thought process. Or, like, things have happened in the past that they’re still mad about. We want to accept them and move forward. I mean, I can definitely see things that have happened in the past that they’re holding on to and things that are happening right now that bog them down, but this generation wants to transcend them.”

JADEN ON HAPPINESS: “It’s good to be happy and tell us how cool your life is and how awesome you are on social media. That’s great because it inspires other people to be happy, too. But a lot of times, people are trying to be happy in the wrong ways—with money or with different things that are not true happiness. It’s leading people down a rabbit hole that actually doesn’t exist.”

WILLOW ON INSTAGRAM FAME: “I know so many kids who literally are, like, Instagram-famous. They have done nothing but post pictures on Instagram. And they have followings. People love to see them in person, but it’s only because they post on their Instagram. It’s literally crazy. Kids will paint a picture of themselves that is so far beyond who they actually are. It’s like they’re wearing someone else’s skin.”

WILLOW ON WILL AND JADA: “Growing up, all I saw was my parents trying to be the best people they could be, and people coming to them for wisdom, coming to them for guidance, and them not putting themselves on a pedestal, but literally being face-to-face with these people and saying, ‘I’m no better than you, but the fact that you’re coming to me to reach some sort of enlightenment or to shine a light on something, that makes me feel love and gratitude for you.’ They always give back what people give to them…It’s not just about money. It’s not just about giving people gifts or whatever. What my parents have given to me is not anything that has to do with money or success or anything that society says people should be focusing on—it’s something spiritual that only certain people can grasp and accept. And that’s how I act and move in the world today.”

JADEN ON WILL AND JADA: “My parents are definitely my biggest role models. And that’s where me and Willow both pull all of our inspiration from to change the world. It all comes from a concept of affecting the world in a positive way and leaving it better than it was than when we came. I feel like that enters into all types of different areas because there are so many different outlets that life has to offer for us. That goes into technology, into music. That goes into science, into spirituality, into education.”

JADEN ON PHILOSOPHICAL QUESTIONS: “A question I would like to present to the world is: Where is the love? And what are we doing? Who’s making the decisions that are putting us in the predicaments that we are in, with all of these people losing their lives around the world in so many different ways? I feel like a serious revolution needs to take place in order for human beings to evolve in a way where we can truly exist as a society. Because, right now, we do not act as a true society. We act as a world under terror, just scrambling to survive.”

Earlier this week reality star Joseline Hernandez claimed she was pregnant by music producer Stevie J.  Now, she has released a sonogram of the embryo.

Last month rapper T.I. confirmed he and wife Tiny were expecting a new baby girl. Now she has arrived!!

Tiny confirmed the news with a picture from her hospital bed.

Teyana Taylor and Iman Shumpert announced that their are expecting a beautiful new addition to their budding family: a babygirl.  The couple has been going strong since going public back in June 2014.

Iman shared his excitement and admiration for his child’s mother via Instagram. Shumpert recently signed a $40 million, 4-year deal to stay with the Cavaliers. Last month, Taylor released her ’90s inspired mixtape The Cassette Tape: 1994 and she is currently on tour with Chris Brown.

When a man loves a woman how she was born to be loved…procreation is the best blessing you can receive! I couldn't be more happy than to share my first child with the woman I intended to have my family with. Iman Taylor Shumpert Jr is expected to enter this world "1.16.16". We want that world to be as pure as possible for her. We people, show the world what we feel the world should see when we want them to see it…something this beautiful had to be announced when we were ready for everyone to know…this is what happiness grows into! I love you @teyanataylor thank you for your sacrifice in starting our very own family! P.s. I know you see my daughter with her hand behind her head and her feet kicked up…😂😂…she's already daddy's little girl!!!

Ne-Yo hinted at the surprise nuptials on social media yesterday but one of Crystal’s besties removed all doubt that Crystal and Ne-Yo had tied the knot and were expecting their first child together.